What is a Challenge Coin?

A Challenge Coin is a small coin or medallion that bear’s an organization’s insignia or emblem, and is often carried by the organization’s members. Traditionally, they are given to prove membership when challenged and to enhance morale. They are also commonly collected by members.

There are several stories detailing the origins of the challenge coin. One is that the Roman Empire rewarded soldiers to recognize their achievements; another is a story of an American Pilot in WWI that was stuck behind enemy lines & had no identification beside a challenge coin, he was captured by the French & believed to be a saboteur, the squadron insignia on the challenge coin was recognized by his capturers, they further verified his identity which prevented his execution.

The tradition of a challenge is the most common way to ensure that members are carrying their unit’s coin. The rules of a challenge are not always formalized for a unit, and may vary between organizations.

The Edmonton Local Executive received funds from a previous grievance filed by HSAA years ago regarding the previous River Cree station, these funds turned out to be significantly less than originally thought, just over $3000. Unfortunately, there were no records regarding who, when, and how long anyone stayed at the River Cree station to determine how compensation should be divided, as well there has been significant staff turn over.

The Local Executive decided that it would be best to look at creating something that could self-fund the creation of recognition pieces such as Years of Service Bars and Retirement Gifts, and that Challenge Coins could likely work towards that goal. 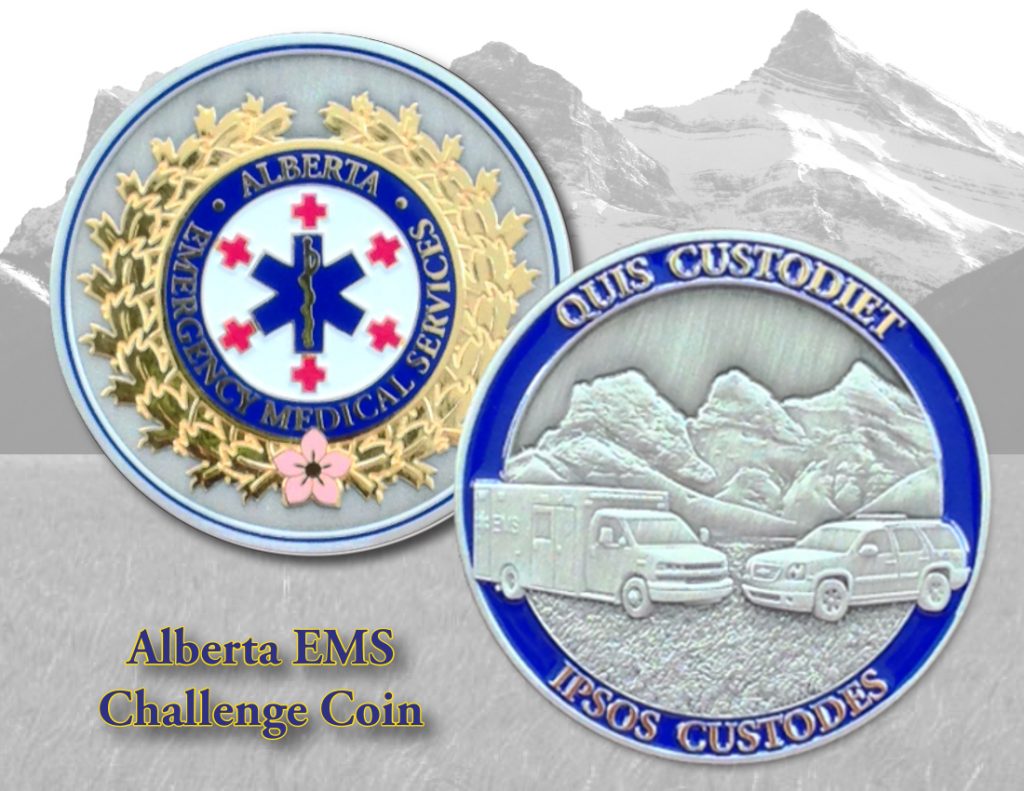 The PIN Fund fundraising system is powered by the Give Donation Plugin by WordImpress for WordPress.

Stripe & PayPal are utilized for donation processing, both leaders in online payment processing; the default is Stripe due to it’s ease of use by the donator. For your security & ours we do not keep any of your credit card or payment information, it is held securely by our payment vendors.

Both Stripe & PayPal charge EMSAA 2.9%+$0.30 per transaction that comes directly off each donation, we will endeavor to top up the donations to ensure that all funds make it to the right place. EMSAA does not take any fees off of the donations for processing, this is the reason we don’t utilize GoFundMe as they charge an additional 5% on top of the Strip & PayPal fees significantly impacting the donation goal.

Unfortunately at this time EMSAA is not a registered charity so we cannot issue tax receipts. EMSAA is however a registered Non-Profit Organization under the Alberta Societies Act.